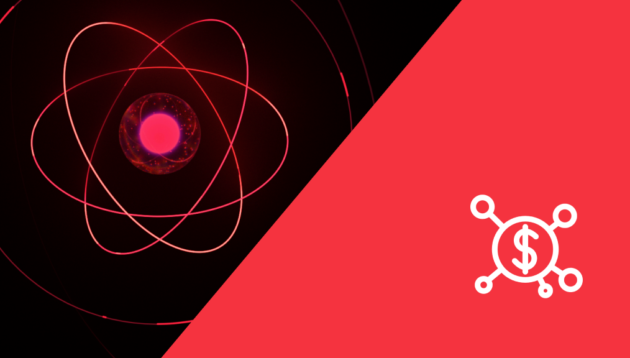 Today we will be talking about using React.js for your project, explaining how it can cut the development time, and, as a result, the overall cost.

A new website or web app development is a complex process. It requires engagement in many fields – both from you and the development agency. Before starting the project you have to consider many things like main features, customer requirements, and technology, but also the budget, the timeline you want to stick with, and future maintenance cost.

We all know that new app development isn’t a low-cost investment, but it’s usually a very profitable one, especially considering how many of your customers use the web and mobile apps on a daily basis. But there are some ways to make the whole process cost-effective.

Long story short, React.js is a JavaScript library used by developers to build user interfaces. It was created and released by Facebook as an open-source framework in 2013.

Since then, React has become one of the most loved and wanted frameworks mostly because of its focus on great user experience, development efficiency, and simplicity.

As you can read on the React official website, its three main features are:

Best use cases for React

You can build many things with React, but there are some cases where it really shines, and developers can use its full potential. With React, you can build:

Not sure if React.js is the right choice?

Before getting to the bottom line, let’s take a moment to look at the main factors affecting development cost. Among them are:

Features of React js That Cut the Development Cost

The great thing is that React cut development and maintenance costs significantly, by simply being itself and using the blessing of its basic features.

Below you will find a list of React benefits that translates into time and cost-effectiveness.

With React, you don’t have to build the whole application at once and spend time and money doing so. Instead, you can start in a much more cost-effective way, by building your MVP quickly, and then developing a high-quality application over time. It cuts the development cost or at least spreads it over time.

Of course, reaching the market with the MVP only requires prioritizing the features, and an experienced React development agency can help you with that. At Pagepro, we provide a deep discovery phase before starting the project and advanced tech advice, so we have your back here, sharing the knowledge and experience gained through the years.

Just mind that thanks to Reactjs, you can ship fast without compromising the app performance.

React was built with the component-based approach in mind. In short, React apps consist of single components, which can be divided into subcomponents. Each one of them is responsible for just one small piece of the whole app. What’s more, these components and subcomponents can be reused so developers can build a complex application using simple blocks.

Many Ready-to-use React UI Components Library are available on the market,  and thanks to it, instead of creating such components from scratch, Reactjs developers can use what is already available, which makes them work highly effectively.

Reusability is not only about ready-to-use components that come with React but also components that developers create in a particular project. This way, they save time because they don’t have to rewrite the code over and over again, and it boosts the development process a lot.

Apart from offering ready-to-use components, React also provides a starter kit to build applications called Create React App. It saves you from time-consuming setup and configuration of the development environment.

All a developer has to do is to run a single command which will set up tools needed to start building a new project and that’s it – he can simply start to work.

React is an open-source framework developed by Facebook with a great number of contributors and a growing community, which also translates into huge popularity. Therefore, if a developer is struggling with some coding problems, they can be sure that most of them were already solved. Instead of wasting the budget trying to solve a riddle, all they have to do is ask or check repositories.

Also, it’s easy to find and hire Reactjs developers and hand over a project to them.

Some frameworks require developers to rewrite the code after upgrading the framework to its latest version. Well, not in the case of React. Since the public API remains almost the same every time, it’s easier for React developers to refresh code while using its old pieces. And again, it cut costs and ensures high code quality.

It’s a tricky one because it saves you the reactjs app maintenance costs in the future. Let me shortly explain how: as React is still evolving, its community is growing and so is demand for it, all these things make React a stable and mature technology. Rest assured that it won’t vanish in one or two years.

In a few years, React will probably still be one of the most popular frameworks used by many businesses and developers. Therefore, you won’t have to worry about your website or application becoming outdated. Consequently, you won’t have to migrate to another framework or technology which would mean additional cost.

The virtual DOM is one of the key features of React library, that creates a virtual representation of the actual Document Object Model in a browser. If any changes are made to a React component, the vDOM determines the minimal number of DOM updates that are required to reflect them. It cuts the development time and improves the development process efficiency because the developers don’t have to manually update the DOM every time they change the code.

It cuts the complexity of the development process and reduces the number of potential bugs, and lets developers to focus on building the core functionality of the React apps.

Using the tools of your choice

React ensures high flexibility in choosing the programs and technologies that can be used across your project. Thanks to the modular design of React, developers can mix and match various tools and libraries to build the app. Additionally, it can be used with different back-end technologies, like Node.js or Ruby on Rails, to build a full-stack application.

Thanks to this, you can save money on investing in other technologies and staff training to match the new app. It will fit your environment just as you like.

All of the above-mentioned features also influence the further reactjs app maintenance costs. They also allow for quick and easy fixes and changes in the product architecture.

Apart from the React technical benefits, there are some more things you can do to save money during web app creation.

Detailed and clear documentation is usually the key to an exact estimation and smooth project progress. A well-prepared app specification helps minimise the risk of misunderstanding and developing not necessary features. It can also ensure that the final product meets the product owner and user expectations.

Since the brief helps the development team to understand the goals and objectives, the planning and decision-making process is shorter, allowing the team to develop the actual product.

Choosing the right partner always influences the costs – and it’s not only about choosing the price that you want to pay, but it’s also about following high coding standards and minimizing the risk of bugs and downtimes.

Most web apps are built to serve customers for a long time, so they have to be managed properly and improved over time. Experienced React development agencies like Pagepro provide clear code that meets the highest market standards, so even if you consider hiring an internal developer later, handling the code afterwards won’t be a problem.

Choosing an experienced front-end agency also means smooth cooperation with the back-end no matter if it’s your internal team or an external agency. We were involved in many projects where we were working simultaneously with the back-end developers, and it’s a time-efficient solution allowing for further app lauch.

In general, choosing React.js cut the development cost significantly and allows you to get to market fast, without compromising the app’s performance. React brings many benefits to the project and allows for quicker development, lower maintenance cost, and in many cases, high development efficiency.

There are still many questions you may want to ask regarding React, its benefits and comparison with other similar libraries.

Feel free to dive deeper into these articles and much more on our blog: