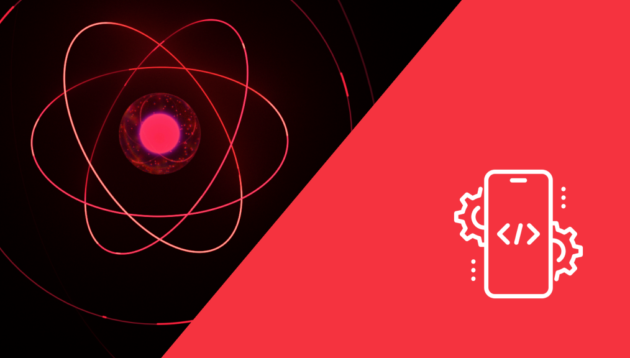 If you’re here, you’re probably thinking of migration to React Native – and that’s reasonable. This article may ensure you in this decision.

Let’s begin with a hypothetical situation. You start your company and release your first app on Android. It gets some traction and you decide on releasing an iOS version. Your iOS app gets even more attention and so now you have two major apps to manage.

However, over time you start realizing that both of your applications look and function practically the same. The sole difference is that they run on different operating systems.

And yes, the native approach seemed like an organic idea at first, but now that you own two apps that are virtually the same thing, it’s only natural to start thinking of better ways to manage them.

And trust me, there are a lot of projects that follow the exact same pattern. In this article we’re going to discuss the biggest challenges of running native mobile apps and when it’s best to consider migration to React Native and building a cross-platform app.

If you find yourself facing the conundrum of having to run two separate codebases, you’re not alone. In fact, this is one of the most prevalent reasons for switching to React Native. And here’s why.

Double the codebase, double the problem

When running the same app on Android and iOS you’re going to have to deal with different bugs on each platform regularly.

In reality, this means you’re going to have to double the efforts to keep the same app running properly on two different operating systems. And with time this usually gets even harder, and more expensive as you’re forced to allocate different resources to fix them.

Implementing each new feature requires coordination of design, engineering, and testing across two platforms. What this means is that you’re going to need at least two engineers at hand at all times— one who specializes in iOS apps, and one who can handle your Android issues.

If you’re a small team, this can become costly and problematic. And if you’re a big team, why double the effort anyway?

What’s more, if you don’t have developers for both systems at hand at all times, you’ll find yourself in a sticky situation each time you’re looking to introduce a new feature.

That’s because even if your Android dev is ready to go, you’ll have to wait for the iOS guy to do his thing, too. And if your app is changing rapidly, this can quickly turn into a massive headache.

And it doesn’t get any better by itself

Because both Android and iOS are two separate operating systems that are based on different architectures and software development kits, with time, they naturally diverge further. And this is an issue because if you don’t take consistent action to keep them in sync, it can become a real mess over time.

When does it actually make sense to migrate your native app to React Native?

React Native cross-platform apps are not a fix-all solution. However, in some cases, they are the best thing you can get to take your business to the next level.

Your business is growing fast

The most obvious, yet often omitted reason for migration to React Native is realizing that your business has outgrown the primary idea.

If you’re constantly adding features, fixing bugs, improving downloads, and simply growing continuously, you could definitely benefit from the ability to update and fix your product faster and cheaper.

You Want To Optimize for Productivity

If you’re looking to avoid an inevitable exponential increase in headcount, or if you’re simply looking to cut a little bit down, React Native development is the way to go.

Also, giving your developers the opportunity for working on the same exact codebase saves them lots of time and communication problems, which can often completely derail a project.

And you want to start supporting the other one (also by hiring more developers).

The classic. If you have an app running on one operating system, whether it’s Android or iOS, and are looking to launch another, React Native may bring a lot of value, as the price of building a second native app will probably be higher than just developing a cross-platform application that will support both platforms.

Thanks to that, you have one app working on all operating systems that generate much smaller maintenance costs than native apps.

What’s more, React Native is going to make it easier for you to branch out later on keeping your project super flexible.

The Design of Your App is consistent for both platforms

There are projects where a customer persona differs for each platform. And it’s understandable, as iPhone folks are often different from Android users.

However, if the user persona is pretty much the same and the design of both the iOS and Android apps are nearly identical, with similar interactions, features, and content, why bother maintaining separate platform-specific apps when you can have them in one place?

Not only does maintenance cost you more development time and money but you’re two times as susceptible to messing up your code base at some point.

This should go without saying. Technology moves forward fast. Considering how many new frameworks, architectures, and approaches are available to us nowadays, it is simply common sense to stop and review them.

You might have been using the same framework for the last 4 years and you’re already quite comfortable with it—good. However, the dynamic of the app market points out that there may be better ways of approaching the development process.

And in the end, if you stubbornly stick to what you’re comfortable with, chances are, you’re going to get buried behind by the competition.

That said, if you’re planning an app redesign it might be a perfect moment to stop and recalibrate. Cross-platform development can save a lot of time and if you plan to change the app’s frontend anyway, it might be more efficient to go ahead and rewrite it in React Native.

Maintaining two codebases is becoming challenging for you

As mentioned before, having to deal with two different codebases may become challenging, especially while adapting to constantly changing clients’ needs.

Keeping your codebase free from bugs and other issues is becoming hard, and you constantly need someone to keep their finger on the pulse. That said, if you don’t have a team of developers for each of your native apps, you’re likely to find yourself in a sticky situation sooner or later.

On top of that, outsourcing the development process can become a costly endeavour, so it would make far more sense to not want to pay double each time you run into an issue or simply want to make an update or other improvement.

Furthermore, if all of your code is held within the React Native framework, it’s much easier to maintain it, introduce new developers to the project, and ultimately “react” much faster to your client’s needs.

Your mobile team is small

If you have a small team of mobile developers, it’s much easier to move from a native app to React Native, as it doesn’t require coordinating bigger number of engineers.

On top of that, if your app was built by an external team (agency, or a freelancer), maintaining it may generate lots of work. Therefore (again), working on one codebase may be a much better idea.

If your developers are already using React to run your website or any other app for internal or external use, transitioning to React Native could be a natural step forward. Since both React and React Native were created by the same company, they obviously share a lot of similarities.

If you have a team of developers who are fluent in React, transitioning to React Native should be a walk in the park. What’s more, since both React and React Native is based on JavaScript, you might get extra flexibility and have your in-house JS developers transition to React Native, rather than having them work out Swift and Flutter.

You can also get an external React Native team that will help you with the transition itself, and then hand over the codebase to your developers.

In general, React Native developers (or JavaScript developers so to speak) are much easier to find and abundant on the market than iOS or Android developers.

On top of that, it is easier for a native developer to switch from his native programming language to JavaScript (or React Native), than a JavaScript developer to adapt to native mobile languages.

You have JS developers in-house

This one seems obvious as if you already have JavaScript, or React Native developers in your team, moving fully to React Native may be a better idea (of course if your app and interaction with your users don’t require complicated designs and blazing performance).

In this case, remember that you might enable flexibility in using web developers for mobile feature work and vice versa which positively affects team utilization.

Many of the world’s biggest conglomerates, including Meta (Facebook), Shopify, Uber, and Microsoft have found that React Native meets all of their needs. In other words, it is surely able to cover all the user needs and will be here to stay for a bit longer.

Of course, native development can bring better results, especially in graphically demanding apps, like games, as it is better optimized for each platform. And there’s no arguing otherwise. Rarely, where the costs of development are a non-issue for you, a native app might be just what you need.

In the end, however, if you don’t own a team of native developers for each platform, it may be a better idea to go for React Native. In general, this technology is easier to scale, develop, and keep in order by its component-based nature. If you’re a smaller, rapidly developing company that would like to try and learn from mistakes without overpaying for them, then React Native is a perfect solution for you.