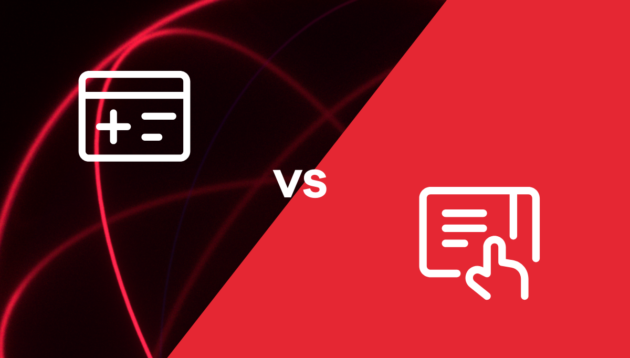 The whole idea behind the MVP (Minimum Valuable Product) vs Prototype comparison, goes down to one question:

“How to make sure my idea is good?”

In other words, product development means meeting a bunch of requirements, with satisfying end-users on top of them.

If you think about it, most of the startups fail because of a lack of product-market fit.

There’s no other way to succeed than to prepare mockups to verify assumptions and ideas and to achieve the right market fit and great revenue.

So, should you go for MVP development services or a prototype to validate your idea?

Well, although they seem to be synonyms, in fact they differ a lot. We’re here to explain why, and which one you should choose for your project.

Not really in a mood for reading? Watch the video!

MVP vs Prototype – the main differences

According to Failory.com, it usually takes 2-3 times longer for startup founders to validate the market than they suppose. This is why it’s a must to verify assumptions as soon as possible, and the proper prototype or MVP can be a great support.

Although we use terms “MVP” and “prototype” interchangeably often, in fact they differ a lot, and are developed for different purposes.

At this stage, we can easily adapt and transform the product according to the new streams of ideation, so introducing changes doesn’t generate noticeable costs.

MVP stands for Minimum Viable Product, and it’s a great way to build not only web and mobile apps but the entire digital business around them.

Building an MVP is also close to the iteration cycle, which means that you take the core functionality of your app (the essential one), and you arrive at the market without any additional functionalities to get as much feedback from users as possible and adapt to it.

This way, you don’t have to spend too much investment on things that nobody is going to use at all.

In other words, we create the MVP after we approve the idea, as introducing major changes at this stage may be costly and problematic.

READY TO BUILD YOUR MVP?

To sum up, we design a prototype for testing ideas, while we build the MVPs for testing the product and its functionalities.

As the prototype is just a draft and can stay far from perfection, MVP, as a customer-facing version of an app, needs to be more accurate.

However, we build both mockups to accelerate the learning process, shorten time-to-market and ensure more accurate market fit. This protects startups from failure from creating a product that no one needs and appreciates.

MVP vs Prototype – which one to choose?

Making the right choice between MVP vs prototype helps to achieve not only the right market fit but also great cost-efficiency. Preparing a mockup is always cheaper than transforming the already developed product to a further stage. The right prototype or MVP will help to:

Are you wondering whether you should go for a prototype or MVP? Well, it all depends on the development stage in which you’re in, and the challenges that you’re currently facing.

When to use Prototype?

In these cases building the prototype will make your product development more cost-effective.

Once you invest a lot of time and resources in the MVP, it might be extremely difficult to step back in case your idea will need transformation or improvements.

With a prototype, you’re not tied to the initial concept, and even a more complex prototype will be still cheaper than MVP development.

When to use MVP?

You should build an MVP when you:

MVP should be then developed after approving the idea and at the stage of searching for ways for its further product development.

How to build a prototype or MVP?

In order to support you in making the right decision, let’s take a look at general tips on building prototypes and MVPs.

How to build the MVP

If you want to learn more about building the MVP, I’ve made a short guide on How To Build The MVP.

And, if you are not in the mood for reading, you can also watch my explainer video:

READY TO BUILD YOUR MVP?