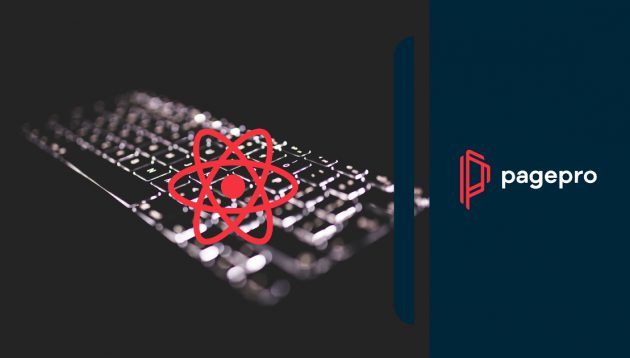 What is React JS?

In short, React JS is a JavaScript library for building user interfaces. It was created and released by Facebook as an open-source framework in 2013. Since then, React has become one of the top loved and wanted frameworks. It happened because of the focus on user experience and development simplicity. But don’t take our word for granted — you can check the results of the survey conducted every year by StackOverflow.

There are three main features of React you should familiarise yourself with:

What can you build using React JS?

The decision to incorporate React and use services of React js agency in your tech stack might become easier if you will find out what you can potentially build with it and if it something you are interested in. So without further ado, let’s get to the list of possibilities:

It’s the most often example of using React JS. As a reminder, Single Page Application is an application that doesn’t require page reloading on the user’s side. In other words, a visitor will keep interacting with the same page without the necessity of loading new pages. The great examples of Single Page Applications are Gmail and Facebook.

If you somehow rely on data, it’s crucial to display it in an understandable and visually attractive way to the end-user. Although you can find many ready-to-use dashboard templates, it’s hard to maintain them in the long term, and the price you would have to pay is pretty high. Because of that, it’s better to build it from scratch. And actually, React comes with some features to help you with that task: reusable components and the virtual DOM.

In contrast to standard business websites, eCommerce and retail sites contain many more advanced elements like APIs, filters, internal search engine, etc. Thanks to React, developers can implement all of those things by building separate and easy-to-scale components.

Component-based architecture is the reason why such enterprises as Walmart or AirBnB decided to incorporate React in their tech stacks. Such an approach allows for dividing the enterprise application development process into smaller parts using single UI components.

Since Facebook created and released React, it’s a bit surprising that its development team don’t use it for building Messenger. Still, it’s possible to create an instant messaging app with the usage of React because it acts as a WebSocket client. It’s responsible for two-way communication between the server and the client.

Although it’s possible to create a website with the React.js itself, it’s even better to use Gatsby for such a task. It’s a modern front-end framework gaining popularity among front-end developers and JavaScript lovers. You can use it to create super-fast business and personal websites in no time that will pull data from many different sources like WordPress or Contentful.

This point is highly connected with the previous one because it’s recommended to build social networks as Single Page Applications (SPAs). Since the SPA user doesn’t have to reload the page, i.e. to check new messages, it strongly improves user experience.

Still hesitating if you should use React?

What are the benefits of React JS?

Now, even if you don’t have a specific project in mind, take a look at the list of React JS benefits below. Some of them are important from a business owner’s perspective, and some from the technical point of view.

From a business owner’s perspective

From a developer’s perspective

What are the disadvantages of React JS?

Like any other technology, React also has its flaws. The good news is that the number of them decreases month by month, year by year, and those left behind are acceptable in many cases.

React provides only the View part of the MVC model. Because of that, you will have to rely on other technologies, too. However, some developers perceive it as an advantage because it allows for full independence. Because of that, every project might look different.

React is still a quite new technology and it evolves blazingly fast. Therefore, it may be hard for some to keep up this pace because of new features coming out and old ones being forgotten. And some just don’t and won’t like constant changes.

It’s a very interesting point because opinions are divided. For some, React documentation is poor, and they are in the majority. However, some developers like it. In short, you should see for yourself.

In the right, technical hands, React is a powerful tool to build reliable, performant and scalable digital products. Business owners will especially appreciate its cost-effectiveness, shortened time to market and SEO-friendliness. On the other hand, developers will enjoy a component-based approach and shortened development time.

If React is not enough for you, check out what you can do with its extension — React Native.

Still hesitating if you should use React?

Pros and Cons of Next JS