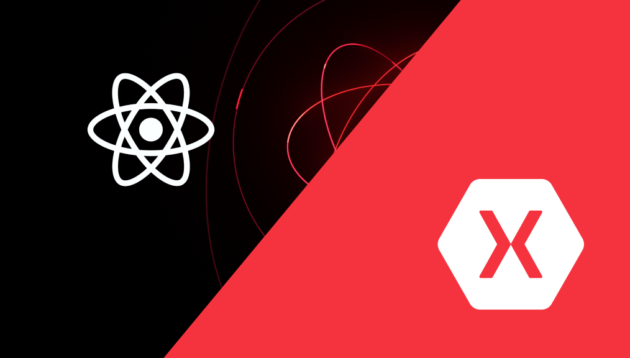 The number of technological possibilities is growing exponentially, so making any decision becomes more and more difficult. And that’s one of the reasons behind our blog – to make this process at least a little bit easier.

Today, we’re going to talk about choosing the right framework for your cross-platform mobile application and take a closer look at Xamarin vs React Native.

WHAT IS CROSS-PLATFORM MOBILE APP DEVELOPMENT?

Cross-platform mobile app development is an approach to building one mobile application for different operating systems, especially focusing on Android and iOS. This is opposed to native development which means building separate applications instead of just one.

We’ve already written a piece about the differences between cross-platform development and native development — you can read it here.

Let’s say that you decided to go with the cross-platform app. The next step would be to choose a proper framework to build one; a framework that will suit your needs. Among the most popular frameworks are:

And now it’s time to present a comparison between React Native and Xamarin.

(PS Later this week we will also compare React Native and NativeScript. If you don’t want to miss it, sign up for our newsletter!)

What Is React Native?

React Native, just like React.js, is a product of Facebook. It’s an open-source framework based on JavaScript and JSX that you can use to build native mobile applications for both Android and iOS.

Thanks to Xamarin, developers can share more or less 90% of their applications across all major platforms. Such a possibility means that programmers can write all of their business logic using one language while achieving a native-like feel on each platform.

Developers can use either PC or Mac to write Xamarin applications and compile them into native application packages (.apk for Android and .jpa for iOS).

Pros and Cons of React Native

Pros and Cons of Xamarin

Hesitating between Xamarin and React Native?

Developers can use a text editor and IDE (integrated development environment) of their choice and among them are Atom, Sublime Text, and Visual Studio Code. Additionally, they can use the Live Reloading feature to see changes in real-time.

Xamarin, on the other hand, is more developer-friendly. As a developer, you can write code for an iPhone app on Windows and compile it for Mac. Two development environments make the whole process easier in Xamarin than it is in React Native – Visual Studio and Apple’s XCode.

Just-in-time (JIT) compilation is available for Android but not for iOS since Apple prohibits executing dynamically generated code on its devices.

Because, as mentioned above, JIT compilation isn’t available for iOS, Xamarin has an even better alternative called AOT (Ahead-of-time) compilation. If code compilation were the only factor when deciding which framework to choose, both Android and iOS developers would choose Xamarin.

What’s the single most important objective in delivering an app?

React Native is an open-source project so everyone, including developers and companies, can use it freely without any cost.

Although Xamarin itself is also an open-source and free platform, enterprise users need to pay to use the Visual Studio.

Three main factors are taken into consideration during a performance measurement: GUI, 64-bit support, and fast code execution. React Native doesn’t offer support for 64-bit mode on Android, and it also shows the worst result while running the fastest code on iOS.

The framework from Microsoft fully supports 64-mode and allows for using native tools directly and thus provides the fastest user interface. Xamarin developers can run the fastest code on both Android and iOS platforms.

It’s always great to check the popularity of particular technologies to make sure there is enough interest from developers and other technical (and non-technical) people. And is there any better metric for this task than checking online search trends?

Here is the screen from Google Trends:

React Native is much more popular than Xamarin so we can expect that there will be more developers using it in the future and consequently, more support.

While React Native is a few years younger than Xamarin, it doesn’t make any difference when it comes to the support from the developer community. It’s even on the contrary – React Native is much more popular and has significantly better support. But don’t take my word for it – look at the latest stats from stack overflow.

The Winner of React Native vs Xamarin

There are different use cases for each development environment. .NET and C# developers will have an easier time coding in Xamarin as opposed to React Native. In a situation where a company only has .NET or C# devs and can’t afford to develop a native app both for iOS and Android, it will be less expensive to build cross-platform apps using Xamarin than looking for native iOS and Android developers.

On the other hand, React is clearly the most popular mobile development framework that offers near-limitless resources. The about React Native is that it can do pretty much everything that Xamarin does, and often even more. Considering its popularity, community support, and the sheer number of available UI components, React Native has to take the W in this situation.