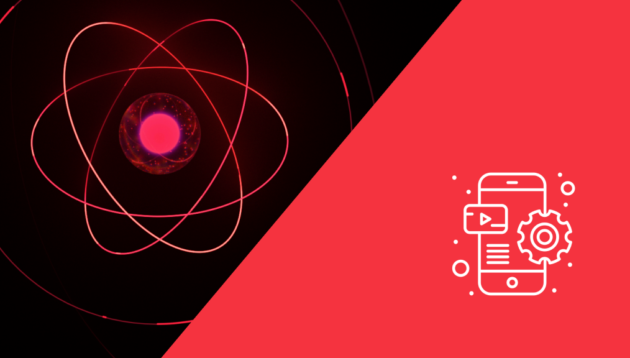 Even though still a fairly obscure subject in the west, Asian markets are all about super apps.

A growing need for simplification and a race for the most user-friendly experience among mobile app developers brings us to super apps. In this article, we’re going to find out what super apps are, what makes them so popular (in the Asian market in particular), and whether they are also what apps are going to strive towards in the West.

What is a Super App

A super app is a web or mobile app that offers numerous features and services within a single ecosystem. A super-app should include payments and financial transaction processing, and function as a self-contained platform for online communication & commerce.

In the West, one of the most prominent ecosystems akin to super apps is Facebook. Facebook is a social media service that combines a messaging app, a video chat, marketplace features, and job postings all on a single platform. In 2019, Facebook also introduced Facebook dating, which is an online dating service.

In theory, super apps are a UX dream come true. Your customers get to use multiple services at their fingertips. Food delivery, ride-hailing, movie tickets, financial services, banking, and planning a journey are all in one app.

Bringing immense accessibility to the customers is a clear and the biggest advantage. Having one highly-functional app can quickly spread out bringing a broad spectrum of different users, as was the case of China’s WeChat.

Multiple Features Within One App

There is some level of additional convenience when thinking of being capable of keeping all of the services within one app. Instead of using messenger for messaging, Instagram for art, or Uber for ordering your favourite pizza, you get to have it all in one place.

That said, this approach does have its drawbacks, if a user does not wish to have all these services in one place, for example, when they are on a diet and don’t want to be tempted by the food delivery service, this could quickly become a bit of a hindrance.

Customers in the west are highly alert about their privacy and individual rights, and being forced to keep a bunch of apps they never want to use might be a dealbreaker.

Another massive benefit is the sheer amount of data that can be gathered through super apps. Having all of your users in one app gives you unique opportunities for tracking the behaviour and trends of groups and individuals alike.

The downside, in this case, is that, as mentioned above, a lot of users are extremely sensitive about privacy. Even though super apps don’t have to be less safe than traditional applications, giving up all of your data to a single company might not be ideal for some users.

Super apps are massive. This means their code libraries are massive, too. Each time you’re going to be looking to integrate another app into the ecosystem, you’re going to have to expand the code that is fully in line with all the other apps and features.

What this means is that if you don’t want to completely screw up your super-mega-app with one update of a new cheeseburger banner within the food delivery app, you’re going to need more dev time to check again the entire system, not just a single app. And that’s a bummer.

The Technology behind Super Apps: key points to keep in mind

Technologically speaking, developing super apps like WeChat or Alibaba starts just like any other app. To get to the super app status, you first need a strong anchor point to begin with.

So for WeChat, the anchor point was the chatting app that became so popular that after a while it was present on almost every smartphone in China. From that point on, they could begin testing and adding additional features that they thought could be universally useful to all of their users.

The main challenge when it comes to super apps then is making sure the features you offer actually improve the customer experience. Otherwise, you may find that instead of improving your app, people start uninstalling it because they don’t want to use the additional services. They’d rather just find an app that offers a single service they were looking for and not worry about cluttering their devices.

That said, when it comes to super apps, the easier it is to add new features, the better, and the wider the audience you can reach, the happier you are.

An approach that makes the most sense, however, would be a cross-platform development approach. The cross-platform approach is generally considered the most flexible offering probably the widest reach.

What’s absolutely key for super apps is that when you’re going for a cross-platform approach you get to keep everything in a single codebase. You also get to deploy changes across your ecosystem faster, without having to go back and re-write code for each and every platform over and over again.

Are super apps an inevitable future?

As time moves by, it seems like many western tech companies like Google, Facebook, or Amazon are following the Asian example and are continuing to move in the direction of super apps.

However, it’s important to understand that China and Europe are two different places. Some features that exist in Asia today may never come to life in the West due to privacy issues.

Furthermore, a lot of people still prefer having a choice of installing only the apps they need and not bloating their devices with giant pieces of software they might never use.

Would you like to integrate your favourite apps into one Super App?

Western customers have different needs and demand different tools and features, so it’s safe to assume that not every trend in the Asian market is going to reach consumers in the same way in the West.

That said some of the biggest hits of the last decade like Uber and Bolt seem to be following the super-app path of Google and Facebook, building additional features, and developing their businesses similar to what has already happened in Asia.

Super apps seem like an inevitable future. As app development continues to improve, it seems like high-quality multifunctional apps are just around the corner. And it only makes sense.

The main challenge, as per usual, is figuring out how to build a super app that will serve the consumers without being too intrusive. But year after year, this issue continues to be resolved.