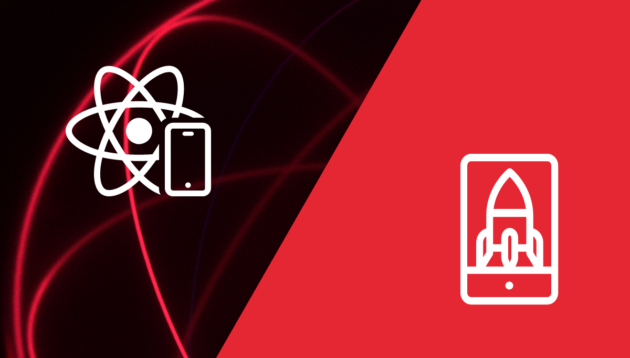 Nowadays, everybody wants to build an application – either for fun, self-esteem or business. In the last case, probably it’s because the number of mobile app downloads grows year-to-year. For example, in 2020, users downloaded 218 billion mobile apps to their devices.

Regardless of the reason behind the desire to build an app, it’s always worth counting every penny and saving some money on the development instead of making a big investment right away.

That’s one of the reasons behind the creation and development of such technologies as React Native. It cuts the development time and costs by allowing developers to build an application that works on every mobile device.

However, the benefits of React Native don’t end there.

Keep reading to find out more about its benefits. Check if it may be the right choice for your next mobile project.

React Native is a framework allowing developers to use React to build mobile applications that can run natively on both Android and iOS platforms.

Facebook started working on React Native during the internal hackathon in 2013, and as result, two years later they released React Native as an open-source library on GitHub.

It quickly became a popular choice for mobile development to many worldwide companies. But the truth is, the size of the company doesn’t matter. The main reason was that React Native gives developers the ability to build beautiful user interfaces and native apps quickly.

What is cross-platform development?

Cross-platform development is a cheaper alternative to native development for Android and iOS platforms. Thanks to that approach, the mobile app is no longer being written to run on one of these operating systems only. Instead, developers build one application that works on both Android and iOS which cut costs and development time basically in half.

Want to use React Native in your project?

When to use React Native?

It’s needless to say that choosing the proper technology for any mobile project always requires greater thought. Therefore, it’s helpful to consider needs, estimated budget and available time which will make the decision easier. And as it occurs, in some cases React Native mobile app development is the right choice.

React Native brings in tons of benefits for both business owners and developers. Keep in mind that React Native is constantly evolving, and the list of benefits will change over time. Because of that, we will update this and other articles (links at the end) about React Native. This way, you will be always up to date with the latest changes.

From a business perspective

From a development perspective

What companies are using React Native?

Companies from Facebook itself to yet unknown startups choose React Native because of its benefits. Below you will find a list of a few React Native applications:

However, you don’t have to be a tech giant to choose React Native and there are some examples of companies that think exactly like that:

Learn more about React Native by reading the following articles:

Build your app with our experts!