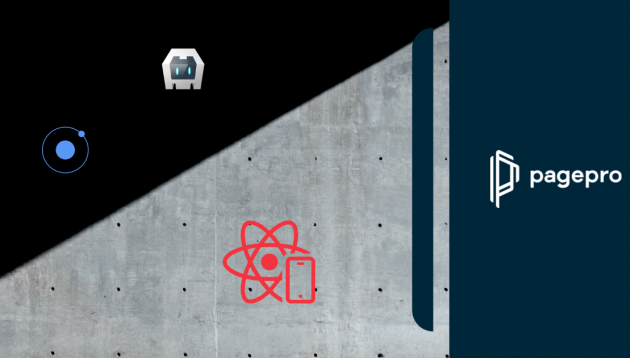 React Native is becoming more and more popular each and every day, and it’s not a surprise many web and mobile developers are choosing to work with it instead of platforms like Ionic and Cordova.

In this article we will have a look closer on the comparison between them, and why we (still) think it’s worth planning a migration to RN.

Shortly, for those that are not fully familiar with it — React Native is the JavaScript framework that allows you to create iOS and Android applications simultaneously.

You just need to code once and it would be used for both platforms which would ultimately result in saving time and effort.

This framework is developed by Facebook and has a huge market and support at this very moment.

Cordova is another mobile development platform that is open-source and free.

Standard web technologies such as HTML5, CSS3, or Javascript, etc are used to create cross-platform applications.

Usually, web applications do not have the native functionalities such as accelerometer, camera, GPS, etc but with Cordova, you can package web applications according to the format of the device.

All those developers who do not want to stick to single application development, usually prefer this platform.

Applications created via Ionic can be used on the web or any other device.

This open-source framework provides friendly tools to the developers along with powered services.

It also incorporates a rich library and building blocks which make things way easier for the developer.

If we have to make a comparison between React Native and Cordova, then there are few points that should be reviewed, so we can easily consider the platform which provides a better and feasible solution.

If you compare against the builds then you might notice that Apache Cordova is better in terms of build time and it also produces smaller built packages.

However, there are other benefits that give RN an edge over other platforms, for instance, it has a built-in camera while you need to add a plugin in Cordova to support native functionality.

As we know that the foundation of the Cordova app is written according to standard web technologies due to which it takes a lot more time to render the application.

While in React Native UI components are linked with native UI views which allow it to render in a fast way.

Not only this but, React Native also utilizes multi-threading technology due to which a separate thread runs, this functionality does not exist in Cordova.

Cordova does not come with a pre-packaged debugging environment. You have to go through the documentation and prepare a local environment for debugging purpose.

While in React Native you can debug JavaScript code via Chrome Developer Tool. Now, there is a standalone application with which you can drill through the React Native projects.

There is also an extra menu for React Native developers which gives them access to the list of features to make their work a lot easier. Some features are:

Most of us think that all cross-platform frameworks work in a similar manner, and we can achieve similar results from all of them.

What you should know is that despite providing us with almost similar results their processes and functionalities are different from each other.

Below mentioned are a few points that will help us to decide which platform provides a better approach.

Major advantage of React Native over Ionic is that RN is best for developing truly native-like applications.

A native-like application is the software program that is built following a specific programming language regarding device platforms such as Android or iOS.

In other words, you can develop native applications for Android and iOS using a single codebase.

Whereas Ionic is a hybrid application and it revolves around JavaScript, HTML, and CSS to develop applications that can be used on mobile, web, or different devices.

Being a hybrid application, it does not have access to native features such as contacts, GPS, camera, etc and you need to go through a whole process to get the job done.

Ionic is suitable for web applications but if we talk about building mobile applications then React Native is surely the winner.

React Native provides the look and complete feel of native apps and work around the same building blocks which are used in the native apps.

Whereas in Ionic we cannot build native apps and might face performance issues. We also have to go through a lot of callbacks to the native application which results in lag.

If you want to access native functions then you need to add a plugin such as Cordova to perform the desired functions.

Want to use React Native to build an app?

If we consider all these platforms and work around their features while taking into account their pros and cons then we can easily state that React Native seems to be the best choice among all the rest.

This platform is quite famous in the world of consumer app startups, as it allows them to create effective solutions and a quick MVP in a much better way.

Ionic and Cordova have their own benefits, but their usability depends upon a specific use-cases.

You need to carefully evaluate what you want to develop and how you are going to use it, but if we talk about native-like mobile applications then nothing can beat React Native at this point.

Still not sure which platform to choose?